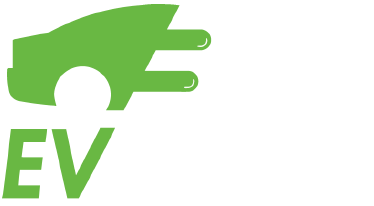 Fiat 500e refers to two distinct battery electric vehicles produced by the Italian automaker Fiat: The Fiat 500e (2013) is an electric variant of the Fiat 500 with an internal combustion engine. A specialized battery-electric vehicle model, the Fiat New 500 (2020).

Fiat 500e refers to two distinct battery electric vehicles produced by the Italian automaker Fiat: The Fiat 500e (2013) is an electric variant of the Fiat 500 with an internal combustion engine. A specialized battery-electric vehicle model, the Fiat New 500 (2020).

There aren’t many new automobiles that come close to the stylish Fiat 500 for classic charm. This reinterpretation of the 500 turns heads like few other cars in its price range, with looks that harken to the Fifties classic of the same name.

The original 500 was an affordable and surprisingly functional made-for-the-city vehicle that checked all the boxes for a 1950s buyer: it was elegant, low-maintenance, and precisely proportioned for cruising about Turin’s narrow side streets.

Our more modern version, which debuted in 2007, did little to alter from the original and was a big success as a result. But, as in the previous 50 years, a lot has changed in the last 13 years.

Unlike generation two, which was merely a modernized version of the original car, the model in front of you now marks a more significant upgrade.

That’s just a start; in this article,

We will present to you an incredible Fiat 500e Review along with tonnes of facts you don’t already know.

At the 2021 News UK Motor Awards, the all-electric Fiat 500e was won “Small Car of the Year.” Consumers and a shortlist of major automotive journalists chose the new electric 500e.

The News UK awards have chosen the “best-in-class” vehicles across all automotive segments, as they have in previous years.

The 500 represents the essence of the brand today – pop culture, spontaneous, technologically innovative, and environmentally friendly – as the Italian brand’s most historic model, it was responsible for intelligent mobility since its inception in postwar Europe in 1957.

The new 500e has demonstrated to customers that FIAT understands the needs of today’s society, which seeks sustainable, urban, connected, and autonomous transportation.

General Features: Inside, the 500 is as weird as you’d imagine, but instead of the 1960s influence seen in the previous model, there’s a curving dashboard with a touchscreen on top. The lower-end Action and Passion models have a 7-inch touchscreen, and the higher-end Icon and La Prima models have a 10.25-inch display.

The dashboard panel may be decorated in various materials and looks rather nice, and your steering wheel can even be wrapped in eco-leather.

The front and rear seats are constructed of polyester that contains 20% recycled plastic from the sea, and the seats of the top La Prima model are made of eco-leather.

Instead of a gear lever, the driver controls the transmission with four tidy buttons labeled P (Park), R (Reverse), and S (Stop).

The Fiat 500 has a higher position than the Honda E or Peugeot e-208. Although the steering wheel lacks reach adjustment in lower-spec vehicles, the driver’s seat is supportive in all the right places.

The cabin is tight, with an uncomfortable driving position and a rear seat designed for short persons and short distances.

The only thing missing from this little car is a backup camera, but the rear bumper is about 10″ behind the rear window, so it’s not a big deal, and it has parking sensors anyhow.

The 500e starts in standard mode, which is supposed to feel like an ICE car with an automatic transmission, but there’s also a range mode, which boosts regenerative braking to one-pedal strength if you want to squeeze even more mileage out of the battery.

There’s also a strangely titled ‘Sherpa Mode,’ which limits you to 50mph, switches off the air conditioning, and has an even stronger regen effect.

The 500’s boot is predictably small, but at 185 liters, it trumps the 171 liters of loadspace offered in the Honda e.

Although there is a false floor to store charging cables, there is a high boot lip to contend with, making loading larger items more difficult.

Fiat has injected a little practicality by designing the rear seats to fold in a 50:50 configuration, but they don’t go all the way flat.

The brake pedal is solid and reassuring, and ordinary in-town stops feel just like they should. Our 129-foot panic stop from 60 mph was a touch long but not frighteningly so.

There isn’t as much room for your left foot to rest as there is in the Renault Zoe, and if you want seat-height adjustability and a central armrest, you’ll have to pay for the Comfort Seats Pack.

However, you have a good vision of the road in front of you and the sides. Although sight over the shoulder isn’t great, all trims come standard with rear parking sensors and the Eye Park system.

La Prima comes standard with LED headlights for enhanced vision at night, and adding them to lower trim levels – as part of the optional Magic Eye Pack – isn’t cheap.

The Fiat 500’s interior, with its retro exterior styling, may surprise you with its relatively modern and ordinary appearance. While there aren’t as many premia, soft-touch materials as in the e-208, let alone the Mini Electric, everything seems tightly put together.

The optional Radio Pack adds a 7.0in the touchscreen infotainment system and DAB radio. At the same time, the larger 10.25in screen with navigation and Apple Carplay/Android Auto smartphone mirroring is only available on Red trim.

The infotainment interface is simple to use, except for a couple of small icons on the main homepage, and the screen responds swiftly when you tap it. It’s a lot better than the e-208 method.

The 93bhp Action model is Fiat’s entry point into the 500 range; however, it comes with a smaller 24kWh ‘City Range’ battery and a claimed range of 118 miles. In real-world conditions, you’ll probably get closer to 100 miles, so decide whether that’s enough for you, or whether you’d rather pay an extra £5,000 for the more practical 117bhp mid-range Icon with a 42kWh ‘Long Range’ set-up and up to 199 miles on a single charge.

Now you know why it is one of the best electric cars.

My 42 kWh tester showed a theoretical maximum range of 257 km with a fully charged battery, but I didn’t have enough time with the car to complete a comprehensive range test and verify the number.

You can charge the 500e’s battery at up to 85 kW, which will raise the charge level somewhat from nearly empty to roughly 80% in 25 minutes. You can fully charge the battery in about 5 hours using the 11 kW onboard charger and a wall box.

That translates to a 0-62mph time of nine seconds, which isn’t particularly fast, but it’s the first half of that run that the 500e feels the fastest, which is exactly where city drivers will like it the most since it is a city car.

Engine: The 94bhp 500 variant accelerates from 0 to 62 mph in 9.0 seconds and reaches a top speed of 84 mph. It’s worth remembering that this is the ‘City Range’ option so that you won’t be spending much time on the speedo dial’s upper reaches.

Instead, knowing that the base 500 is more than capable of keeping up with traffic in and around town, thanks to a solid 220Nm of torque and the characteristic quick drive associated with all-electric cars, is comforting.

Fiat offers a three-year warranty as standard, with the option to extend coverage for a further 12 or 24 months for a fee.

Fiat isn’t recognized for its dependability, and in our most recent Driver Power survey, customers ranked the company 26th out of 30 in the Best brands category.

It’s too early to tell how city vehicle buyers will greet the battery-powered 500, but we believe it possesses all of the necessary attributes to succeed.

The Fiat Co-Driver Pack adds a comprehensive suite of active safety features and Level 2 semi-autonomous driving with a front-facing camera.

Many important competitors, such as the Honda E and Mini Electric, are more expensive than the electric Fiat 500.

Because of its high desirability, it’s expected to keep its value well, though not as well as a Mazda MX-30.

Compared to the Honda E, Mini Electric, and Peugeot e-208, monthly PCP packages are appealing, but the MX-30 will cost less each month in repayment rates.

Your 500 will be able to accept a maximum charging rate of 50kW with the smaller 24kWh battery (standard with Action trim), which means an 0-80% charge can take as short as 30 minutes.

It is on par with the Mini Electric and only a few hundredths of a second slower than the Honda E. From a typical 7kW home charging outlet, a complete charge (0-100%) takes four hours.

Depreciation: Compared to its gasoline-powered sibling, the all-electric 500 is a far safer option in terms of resale value. After a typical three-year ownership period and 36,000 miles driven, the combustion-engined car is expected to keep roughly 35-37 percent of its original list price.

At the same time, the battery-powered 500 should retain around 48 percent.

The Honda e is only a few percentage points ahead, while the MINI Electric has maintained around 55% of its market share during the same period. It’s worth noting, though, that the Fiat 500 is significantly less expensive to purchase than its two main competitors.

At first appearance, the new Fiat 500 appears to have little in common with the old model. You’d be partially correct because while the Nuova 500’s iconic profile hasn’t changed, the latest third-generation model has switched to all-electric power.

The new 500 is somewhat larger, wider, and taller than the previous model, still available in petrol/mild hybrid version, and was built on an entirely new platform.

So there are no concessions in important interior space, as is sometimes the case with upgraded combustion-engined vehicles.

The all-electric 500 has probably just two direct competitors: the sleek MINI Electric may attract some, while the retro Honda e, with its unique appearance, really sticks out from the crowd.

Other possibilities for customers include the PSA Group’s Peugeot e-208 and Vauxhall Corsa-e, which may lack the requisite curb appeal to close the purchase.

Still, the Renault Zoe’s added practicality remains an attractive choice – even after eight years on the market.

It’s beautiful to look at and surprisingly entertaining to ride in – but don’t expect to transport many people or stuff. Choose a model with the larger 42kWh battery for a respectable range between charges.

Here we have come to an end, people!

Surely, those were some incredible facts about Fiat 500e, and we are sure you enjoyed reading them. You can also check out other electric cars on our website and learn more; just visit us.

Thanks for being here, The End! 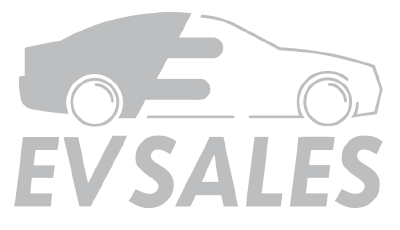 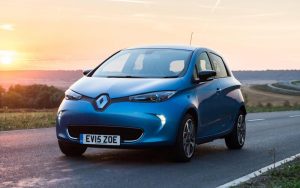